Pedal Past Poverty ready for another spin

Pedal Past Poverty ready for another spin 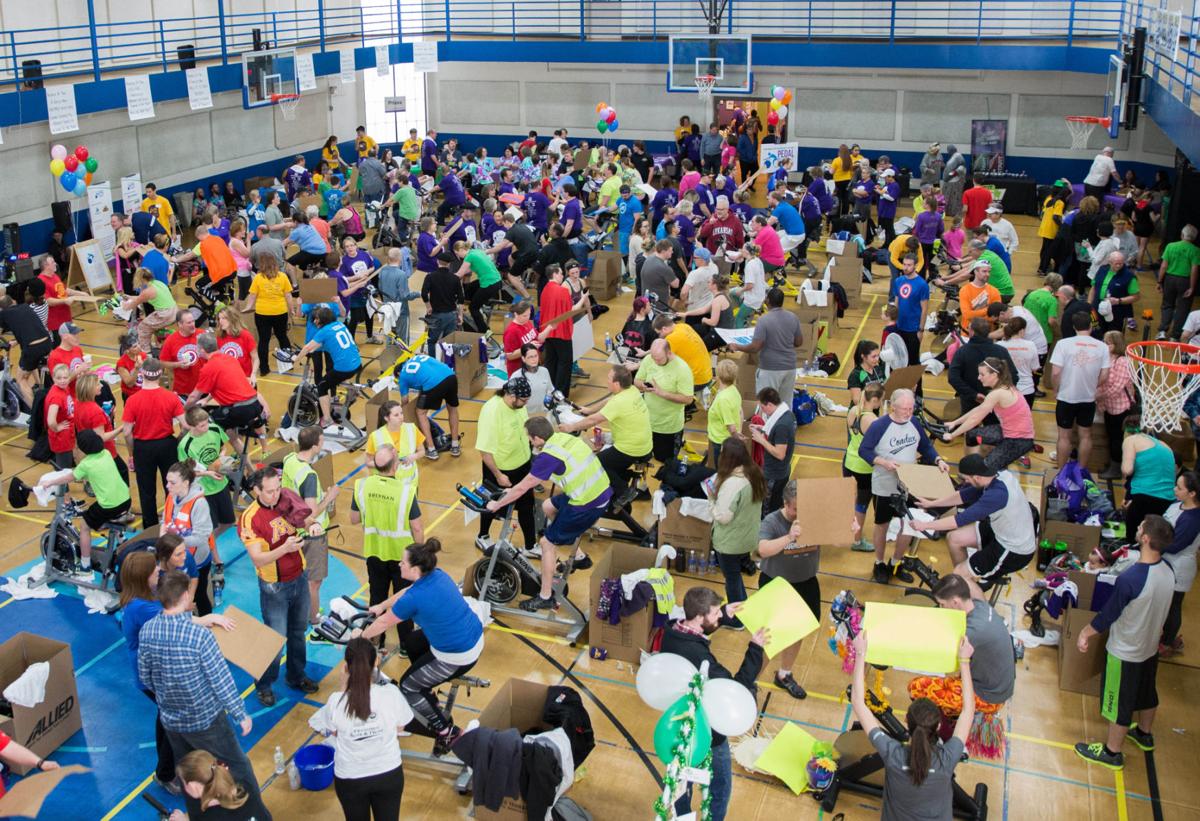 Teams packed the gym at Mankato Family YMCA for the 2016 Pedal Past Poverty fundraiser. File photo

Olson has captained the Sliding Fridays team in Partners for Affordable Housing’s annual stationary bike race at Mankato Family YMCA in each of the event’s first four years. He said hundreds pack into a gym as the teams of 10 pedal their tails off in 20-minute heats.

It gets loud. It gets hot. It also brings in a lot of money for the nonprofit.

Each team attempts to raise at least $1,000 for the nonprofit to participate. With four years of the event under his belt, Olson said it’s been getting easier to raise the money.

“It’s to the point where people call me and say I have your check,” he said. “I don’t even have to ask.”

The Sliding Fridays will again look to defend their most mileage crown at the fifth annual fundraiser Feb. 25. They’ll be joined by about 40 other teams, although slots are still available, said Liz Zaruba, communications and volunteer coordinator for Partners.

“Most of the fundraising happens in these last two weeks, so it’s very possible to still get the $1,000 raised,” she said.

The fundraiser is the nonprofit’s biggest of the year, raising funds for its shelters and transitional housing programs, Zaruba said.

“Traditionally it’s been our only fundraiser we’ve done, so it’s absolutely vital to the work we do,” she said.

Before he knew how much the funding was needed, Olson’s interest in the event was piqued by his love of bicycling. He then ended up serving on the nonprofit’s board for two years.

“Not only are you having fun, but you’re raising awareness money for people who need affordable housing in Mankato,” he said of the event. “It’s a win/win all around.”

The Sliding Fridays — named for the water slide team members always went down after their Friday workouts at the Y — are perennial contenders for most mileage in the event. The fundraising crown, however, is often claimed by the School Sisters of Notre Dame, who bring seven teams to the event.

The sisters and staff raised $25,000 for the nonprofit last year. Mary Kay Gosch, campus director for School Sisters of Notre Dame at Our Lady of Good Counsel, said they’re hoping to beat that mark this year.

“It’s just a great opportunity to come together for a great need,” she said. “What we can do together is far greater than any of us can do alone.”

The School Sisters’ teams boast some of the widest age ranges of team members, from teens to people in their 90s. Gosch said they all go into it planning a leisurely pace, until the crowd gets going and the energy of the event takes over.

“You get caught up in the spirit and you start biking as fast as you can,” she said.

To register a team or offer to volunteer at the event, sign up at www.partnersforhousing.org/pedal.

What: Pedal Past Poverty fundraiser

Where: Blue Gym at the Mankato Area YMCA

How: Register your team online at www.partnersforhousing.org